If you’re a fan of slime recipes for kids, you’re going to LOVE this snowball slime!! It is the perfect slime recipe to make during the winter months. This is sure to keep kids occupied while being stuck inside due to cold weather! 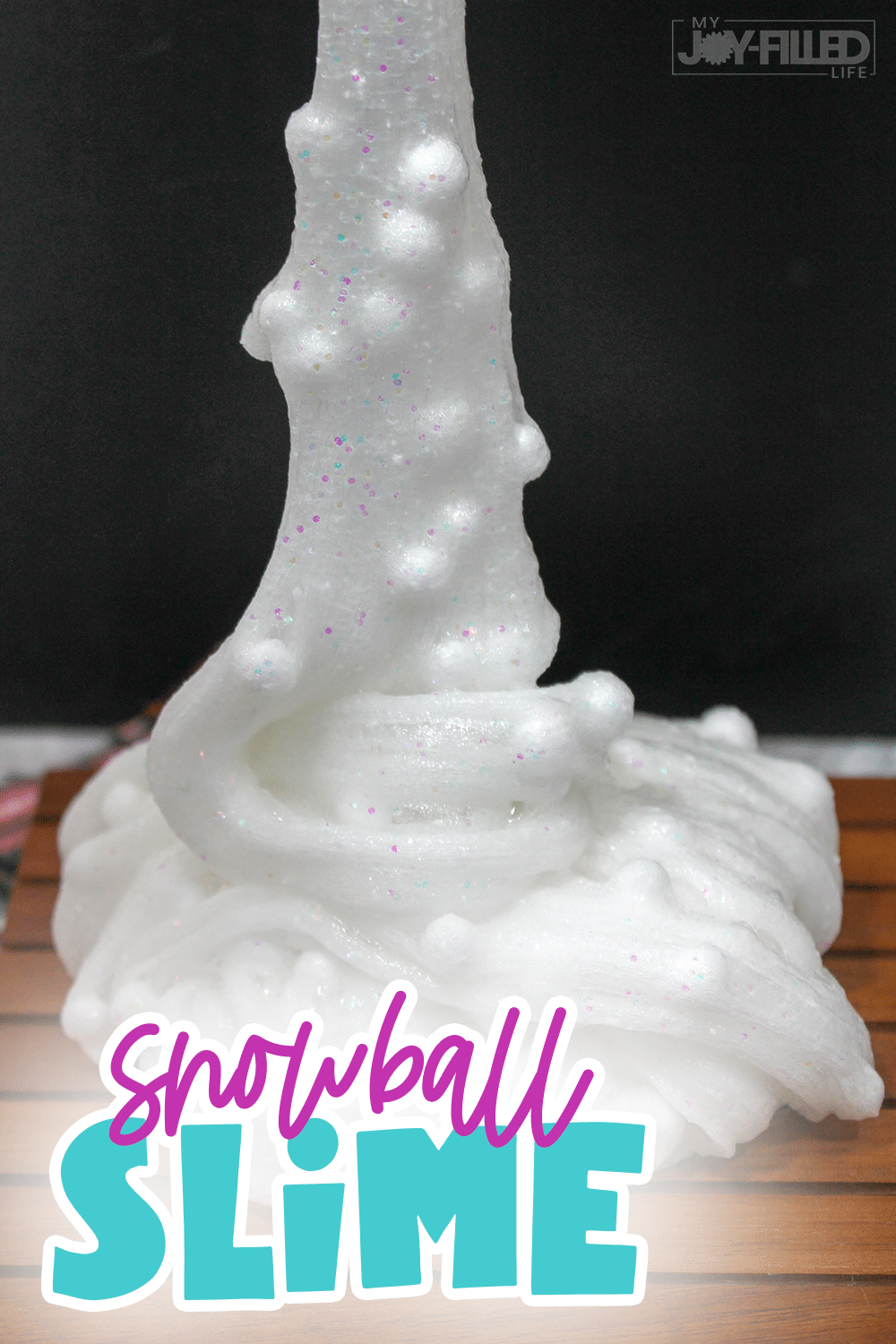 I think the hardest thing about the winter months is that kids are stuck inside so much. They start getting antsy and going crazy, and that can drive us a little crazy sometimes, too! Slime to the rescue – especially with this snow slime.

This slime recipe has little “snowballs” and it’s so fun to stretch and play with. Kids of all ages will have a BLAST playing with this snow slime recipe! 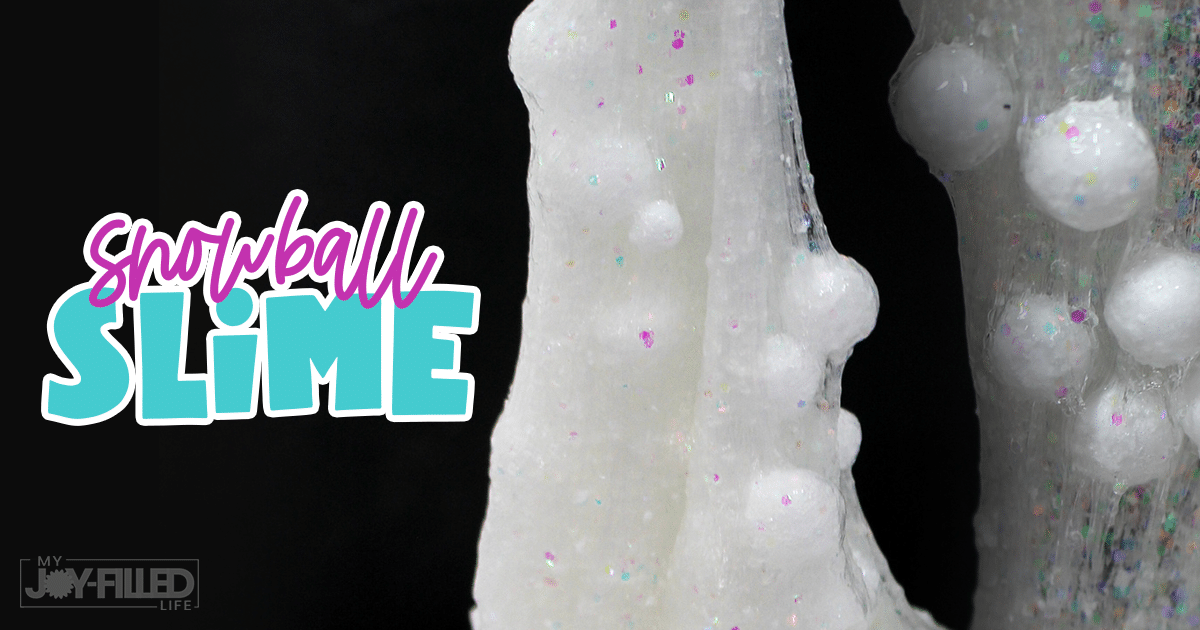 How to make snowball slime

Before you get started making your slime, lay out all your supplies in front of you. This makes the process of making your snowball slime much easier! Once you’ve done that, pour the clear glue into a bowl. Next, add the water and baking soda; stir well. 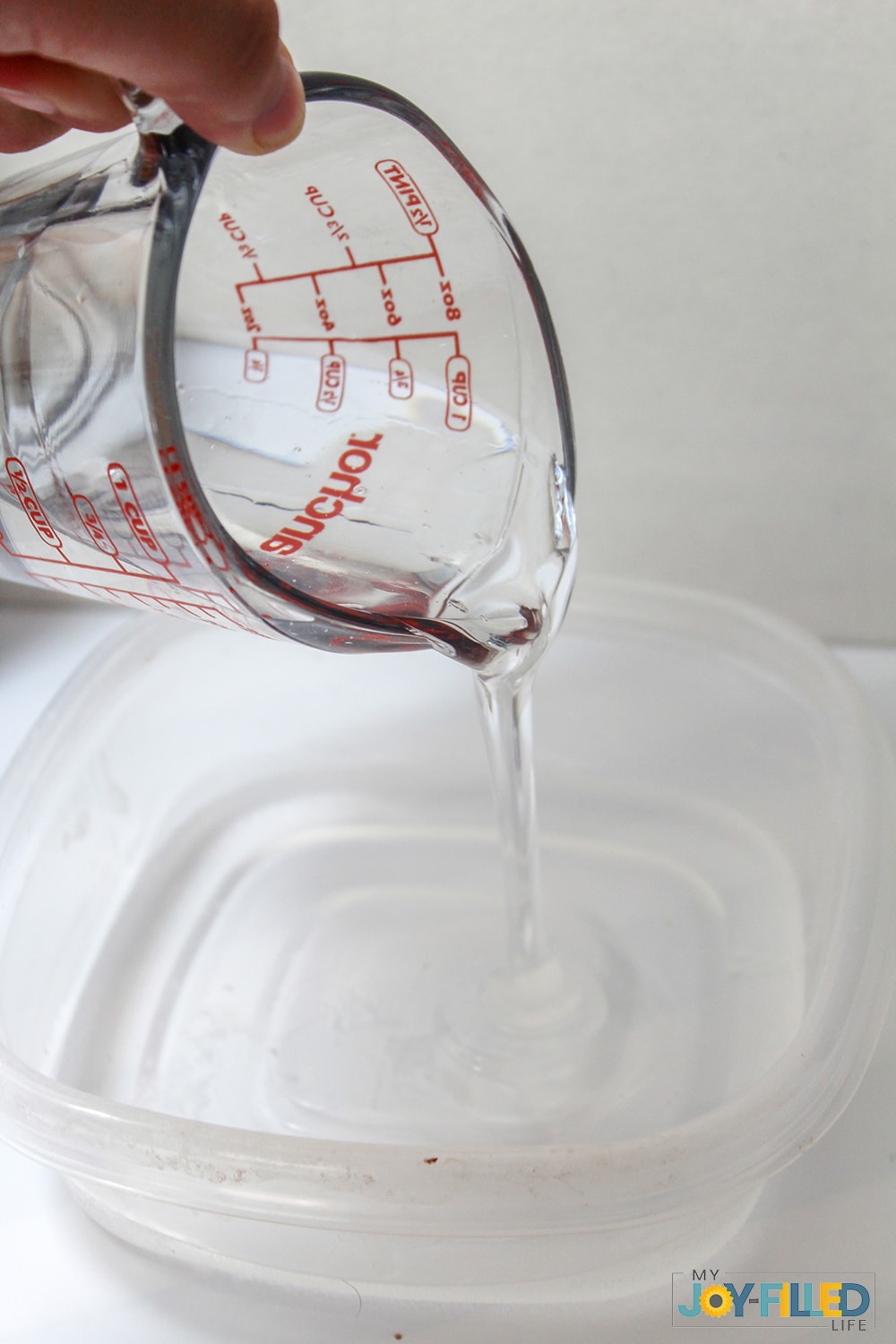 Add the iridescent glitter – don’t be afraid to add a lot of it! 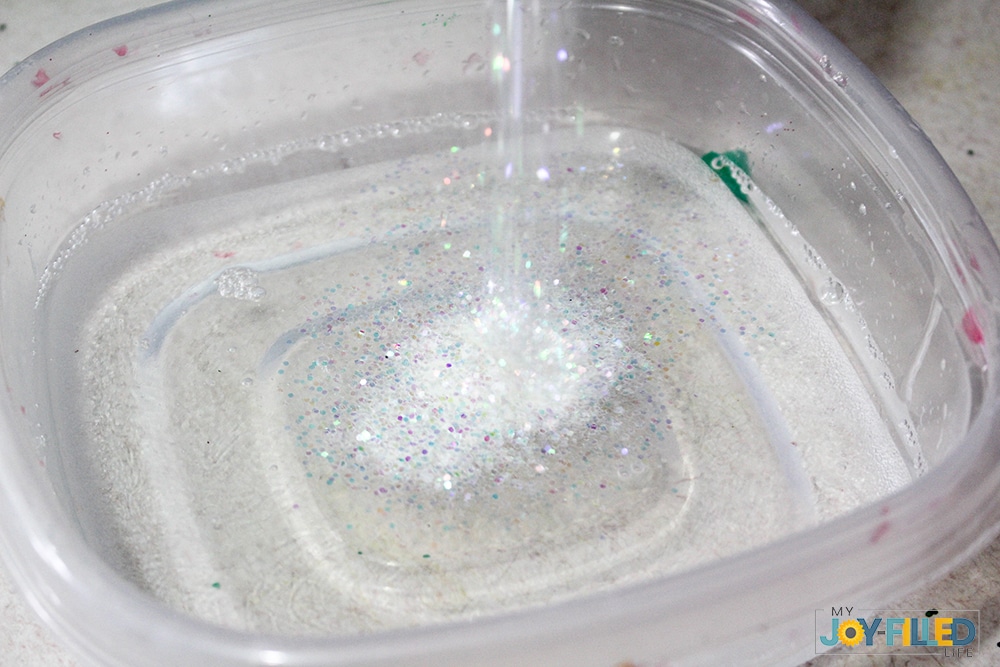 Then, pour in some small foam beads! 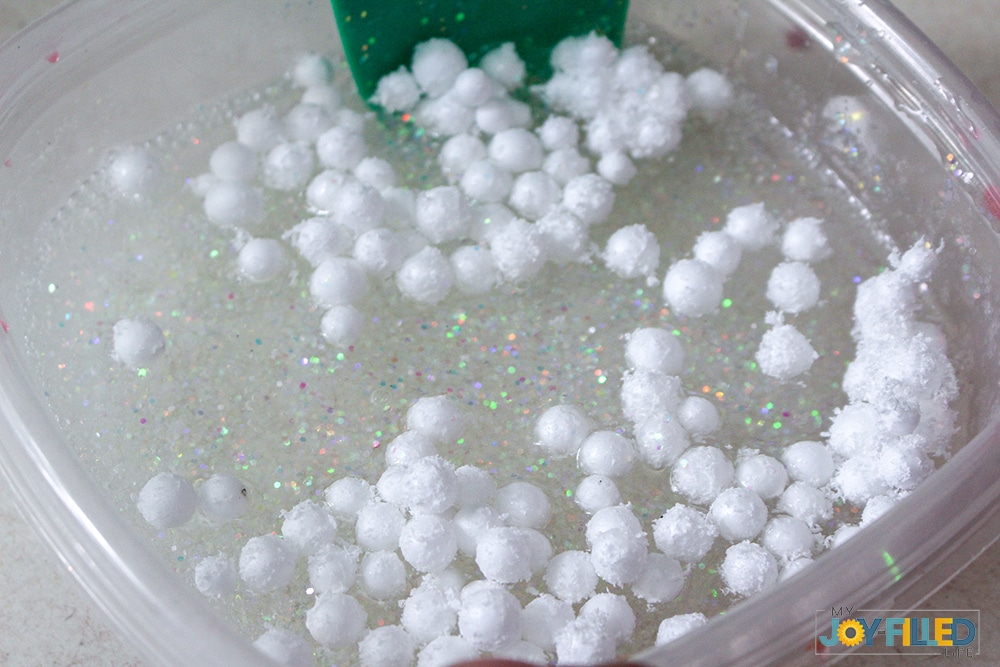 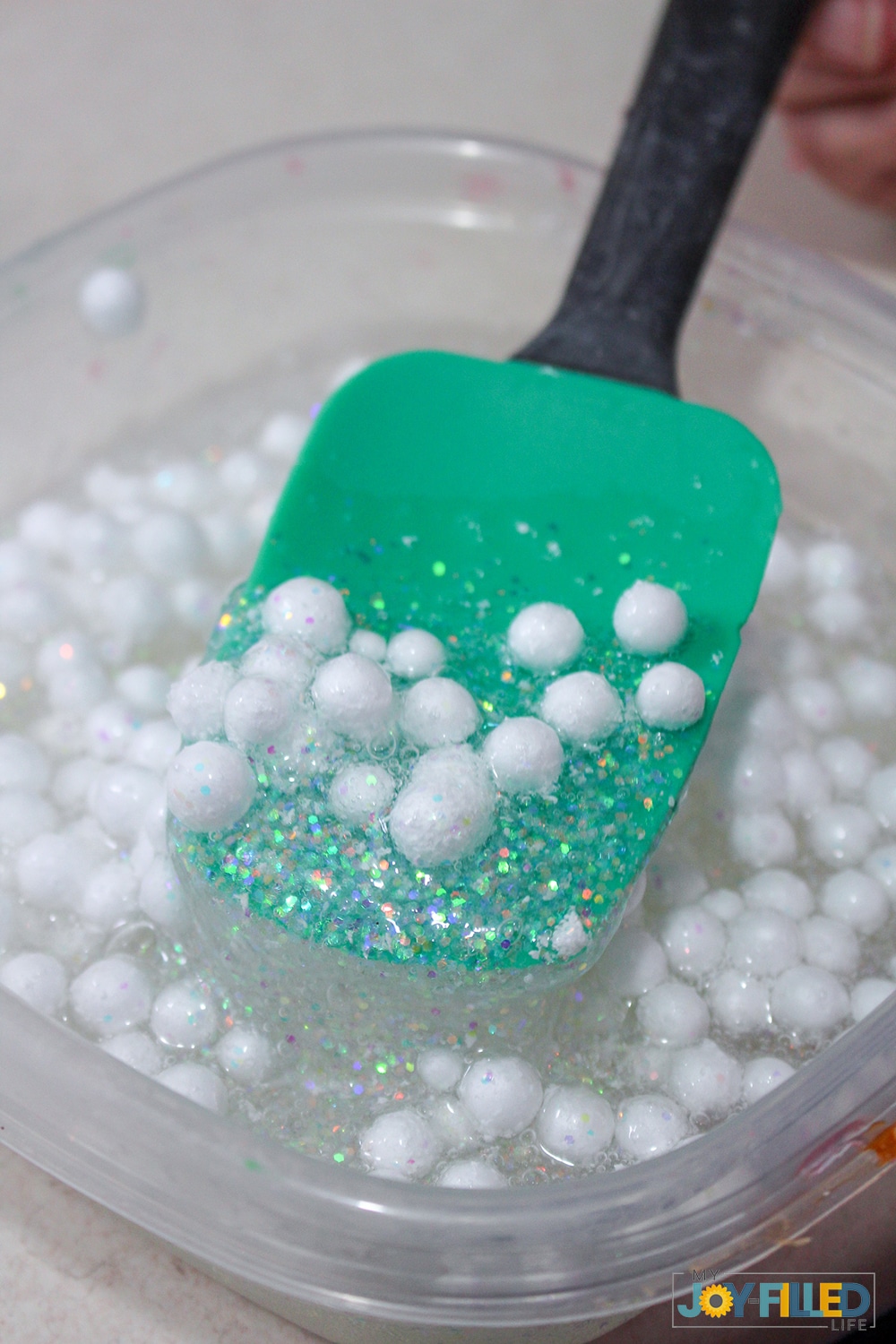 Knead the slime until it is no longer sticky and becomes a slime texture. 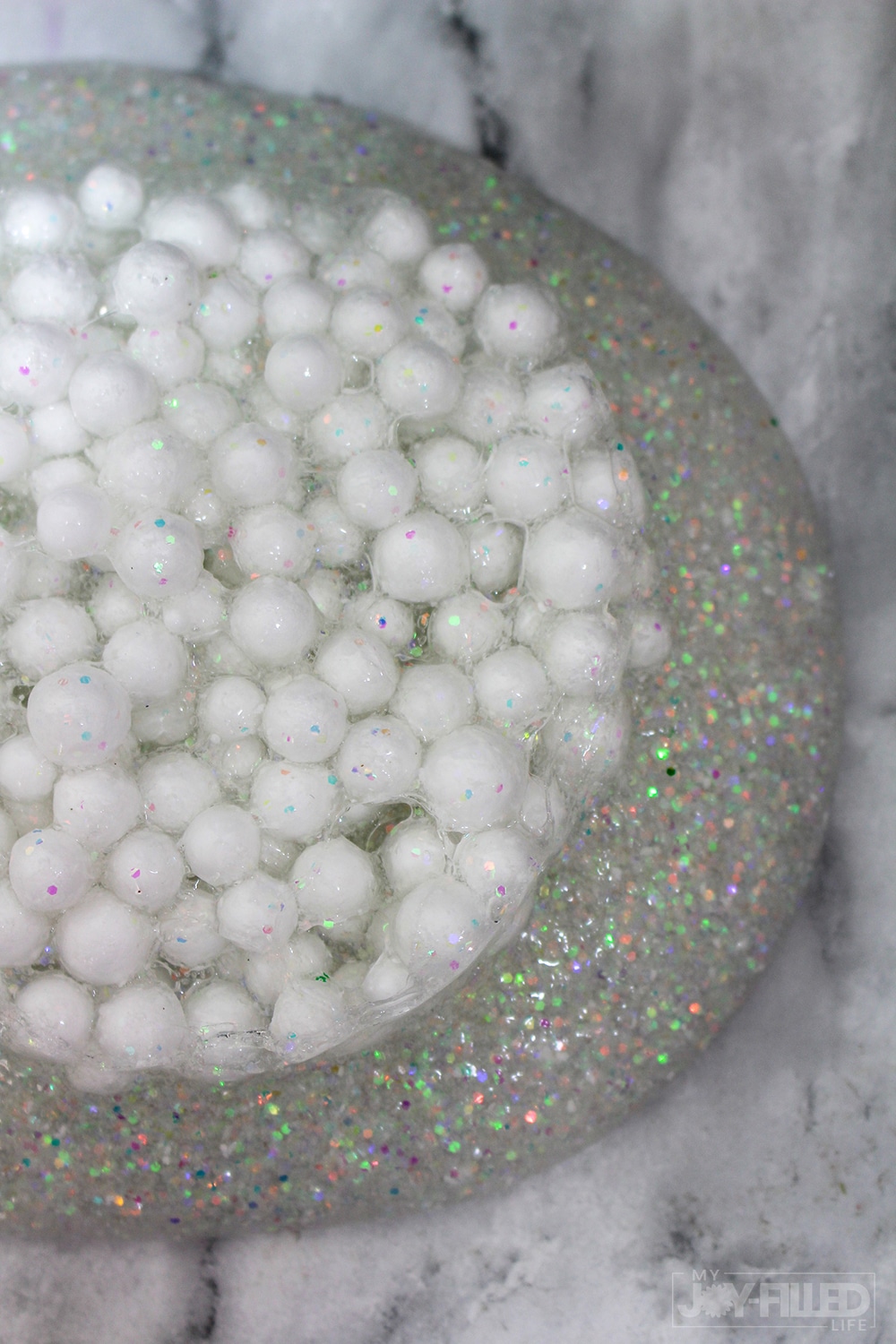 Now it’s time to have fun and play! Store in an airtight container when not in use. 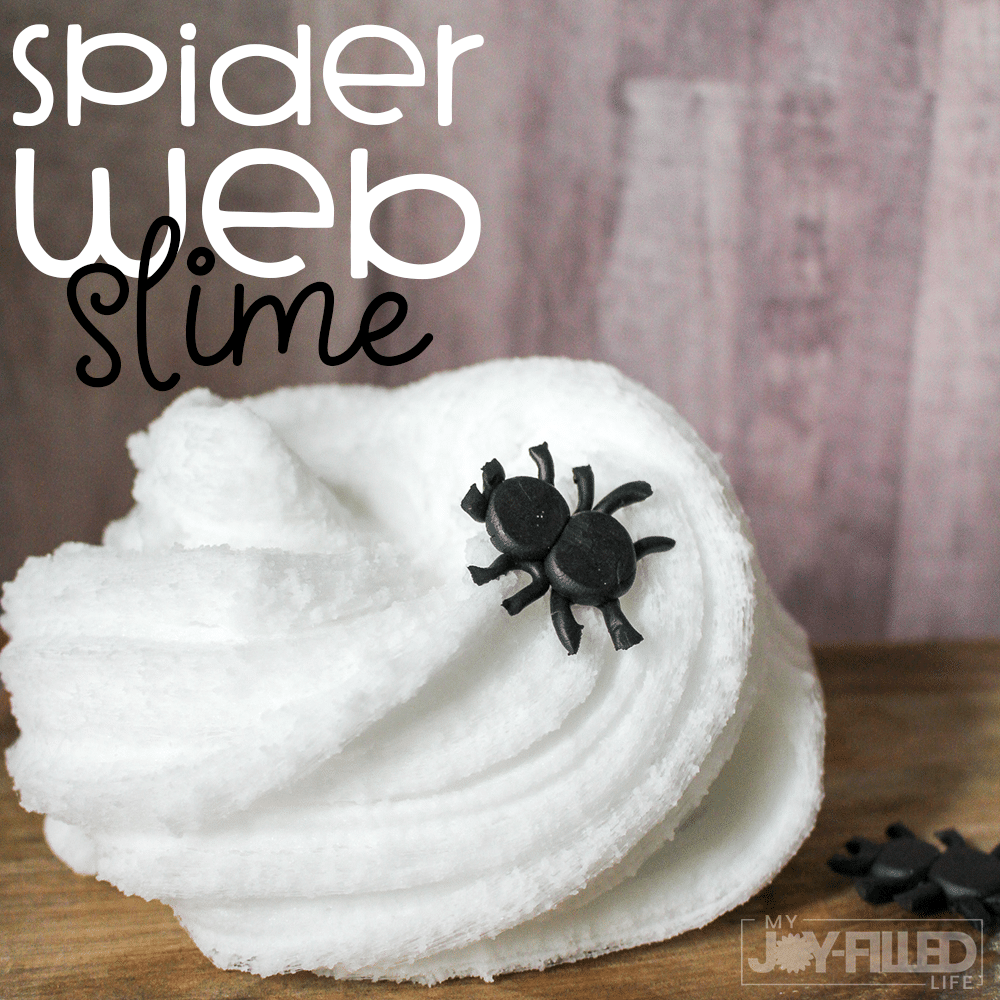 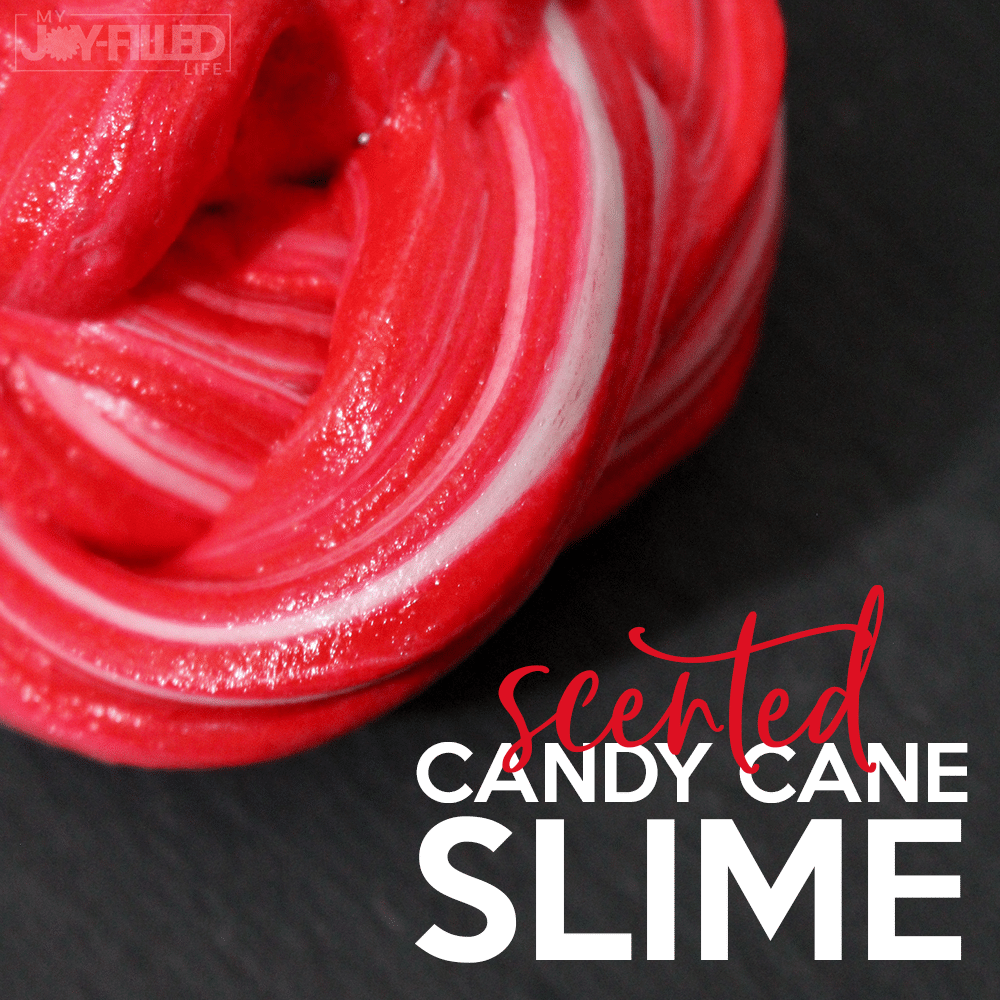 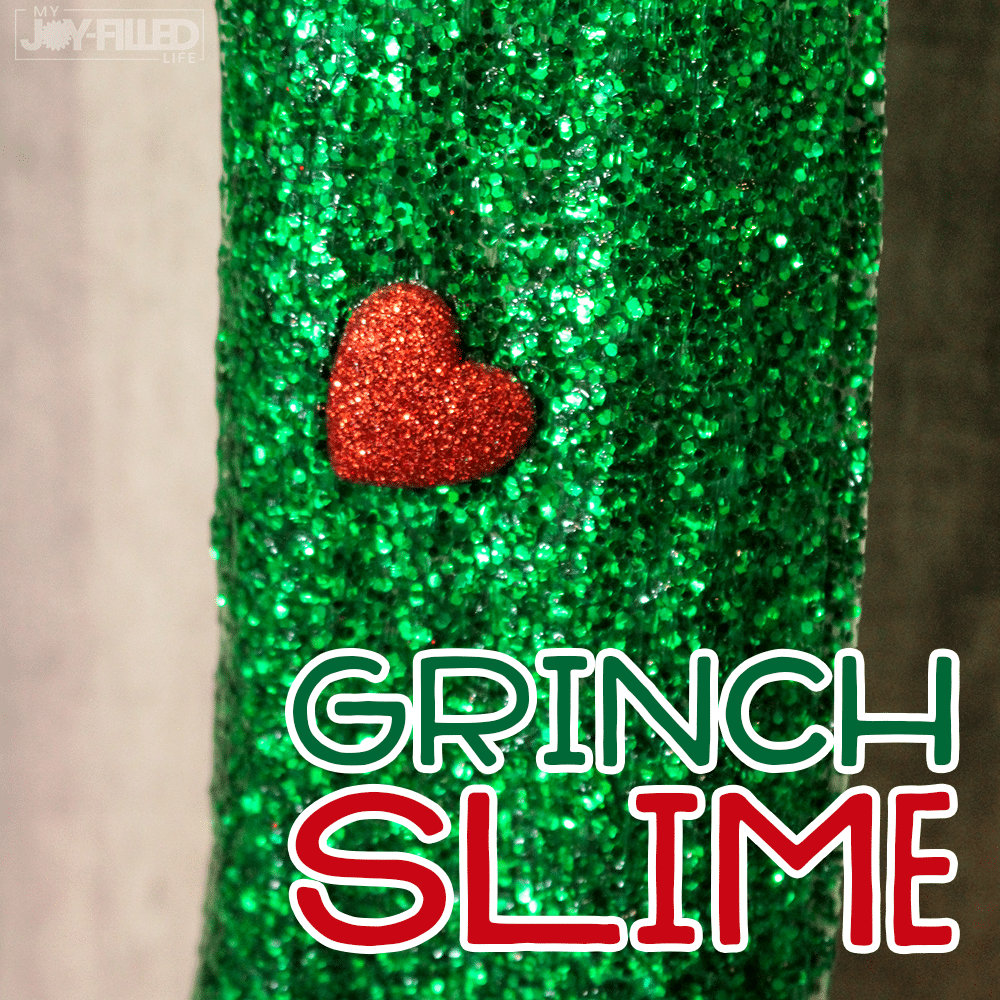 Welcome to My Joy-Filled Life. My hope is that you will get inspiration for your home or homeschool here. Here you will find homeschool helps, parenting advice, thrifty living tips, activities for kids, recipes, and LOTS more!
259 shares
259 shares
0
0
Your Cart
Your cart is emptyReturn to Shop
Continue Shopping