We’re hybrid-schoolers.  This means some of our children are educated at home, and some in a school setting.   To be honest, we are “accidental” homeschoolers.  My husband and I never planned on homeschooling.  It wasn’t something we were opposed to, it just wasn’t what seemed right for our family.  However, now homeschooling is what’s right for some of our kids, and “regular” school is the better option for others. 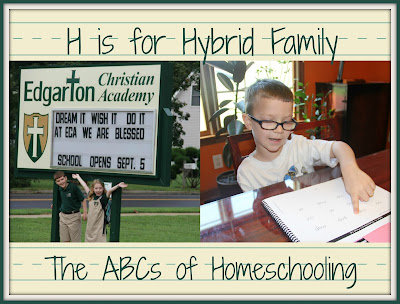 Jude, our first homeschooler, actually started preschool in a regular school –  PK4 in the same private Catholic school his three older siblings attended.  It was clear that despite everyone’s best efforts, a regular classroom setting wasn’t the place for him to be.  (You know you’ve got a keeper of a principal when she says, “I’m not going to ask him to leave, because he’s a challenge I want to help figure out.”  She still asks how he’s doing, even though he left the school, because she genuinely cares.) Neal and I chose to withdraw him because it just wasn’t working for him.  Several of his doctors recommended putting Jude in the public system/Special Ed, but we didn’t feel that was the right thing either.  He’s a smart kid, but his disabilities make it difficult for that smart to get out.  We all agreed on that.  The concern was challenging him on his level, and not holding him back from what he IS good at.  They felt a classroom with a 1:1 aide would be good for him.  Our thinking was, “If he needs 1:1 learning and help, who better to give it to him than us?”  Knowing the experiences of other friends who have fought through the SpEd process to get what their children needed, a 1:1 was not happening without a fight.  And honestly – that wasn’t the fight I had in me.  Almost simultaneously, the Diocese announced not only were they planning to close that same school, but also the high school that had days before sent an acceptance letter to Luke.  Suddenly, I had enough on my plate with finding schools for them, and the fight for a 1:1 to do the same thing I was doing just was beyond “too much.”  Triaging the situation, continuing to homeschool Jude for Kindergarten just seemed the simpler plan.

This past spring, Jude had several evaluations, including developmental and speech assessments.   His developmental specialist was amazed at how much progress he has made this school year. If you are also in a similar situation, you can try these out. Of course, he did.  He got the 1:1 help they were recommending, and the “challenge him at his level” that he needed to grow!  The speech therapist was impressed with his cognitive language skills.  He’s got a great vocabulary.  He just can’t say any of the words.  Ask him to point to the picture of the , and he’s got it.  He’s a very smart, very visual kid, who just happens to be lousy with expressive language.   Originally, our goal was to transition him back to first grade in a regular school.  That’s not happening – he’s just not ready to be in a group setting. Maybe eventually he will be, but maybe he won’t.  We’ll just evaluate each year and see where he’s at.  I bought him this T-shirt recently when Neal, the big boys and I went to Boston: 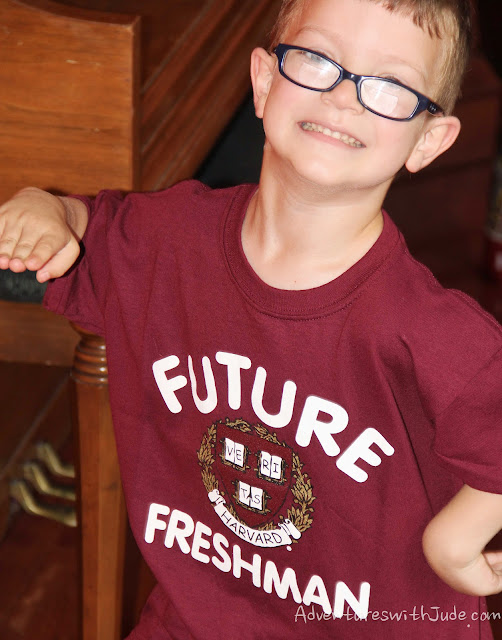 Is he going to go to Harvard? I have no idea. Truthfully, I don’t care if he goes to Harvard, or County Community.   But we are homeschooling so that he has the chance to go if he wants to, the same opportunity as his siblings have with the education they’re getting where they are.

This year, we’re increasing our homeschool enrollment and adding a high school level.  Luke’s intended school was kept open, but ultimately it was only a one year reprieve.  By this point, though, Matthew and Celia have settled into their new school.  (We contemplated homeschooling them as well as Jude last year, but the school that they are now is opened and it was the best opportunity for them.) Looking for a new situation for him, I have to be realistic.  The only potentially viable Catholic school for him is about 35 minutes from here.  It’s not fair to uproot Matthew and Celia again and move them closer – they’ve already been through enough transition this past year.  At the same time,  I can’t be in two towns fifteen miles apart at the same time, and leaving in enough time to get both there on time is just impractical.  Let’s just say that most of us are not morning people.  Leaving at 7:20 was challenging enough – I don’t see having to leave over half an hour before that being any easier.  Other private schools are either beyond our financial means, or not academically appropriate for him.  Discussing the situation with Luke’s specialists and former teachers, we decided that our public district high school is not the right place for him, either.  Well, if you’ve ruled out public and private schools, what does that leave? Yes, homeschool!  We’re not certain what our long term plan is, especially once he is able to drive.  I don’t know if we’ll be able to have a vehicle available for  him, but it is at least physically possible for two people to be in two different places simultaneously.  But for now, at least logistically, homeschooling Luke is what will work for our family.

Academically, we can definitely meet the kids’ needs if we were to homeschool them all.  But that wouldn’t necessarily be best for each of them.   Matthew is also a a budding thespian, and when we warned him he was going to be sidelined in the choir and dropped from the cast of the school musical because of his grades, he was devastated and actually put forth extra effort.  They are his motivation to work hard. ( I know the school plays are something that Luke is going to miss – he’s was in the Drama club for four years of grade school, and played the role of Chip in Beauty and the Beast as a freshman.  We’re going to try to find an outlet for that, but it’s not the same where everyone has an opportunity to participate (even to help bulk up the Chorus) because they love the activity – he knows that in community theater, more people audition than are accepted, and if he’s not accepted, he isn’t participating. To put Matthew in that situation would mean risking all motivation.)   Celia has so many allergies that she is tube fed an elemental formula.  She has learned crucial “living life gracefully” skills, from educating and making helpers of her friends about food allergies (and having her entire class defend her when questioned by an uninformed adult).   She’s also a person who learns well in a group.  Luke would rather do an entire lab on his own than work with a partner, so being the “only Chemistry student in the house” is something he is thrilled with.  On the flip side, to isolate social butterfly Celia is the proverbial “fate worse than death.” (Even if we chose to officially homeschool her, we would have to find co-op/group classes to fit her learning style.)

As parents, Neal and I want to do what is fair for each of our children, but what is fair is not always the same.  A very wise friend of mine describes “fair versus equal” very well.  “Fair” is everyone getting the shoes they need, in the size that fits.  “Equal” is everyone getting the exact same size three pink jelly sandals.   From an educational viewpoint, fair means working to their needs, situation, and personalities.  For Jude and Luke, that means homeschooling. For Matthew and Celia, it means a regular school.  We have not decided yet on Damien’s schooling – he’s only 3 so we have time.  Whatever we choose, it will be based on what works for him.  Being a hybrid family is what works for all of us! 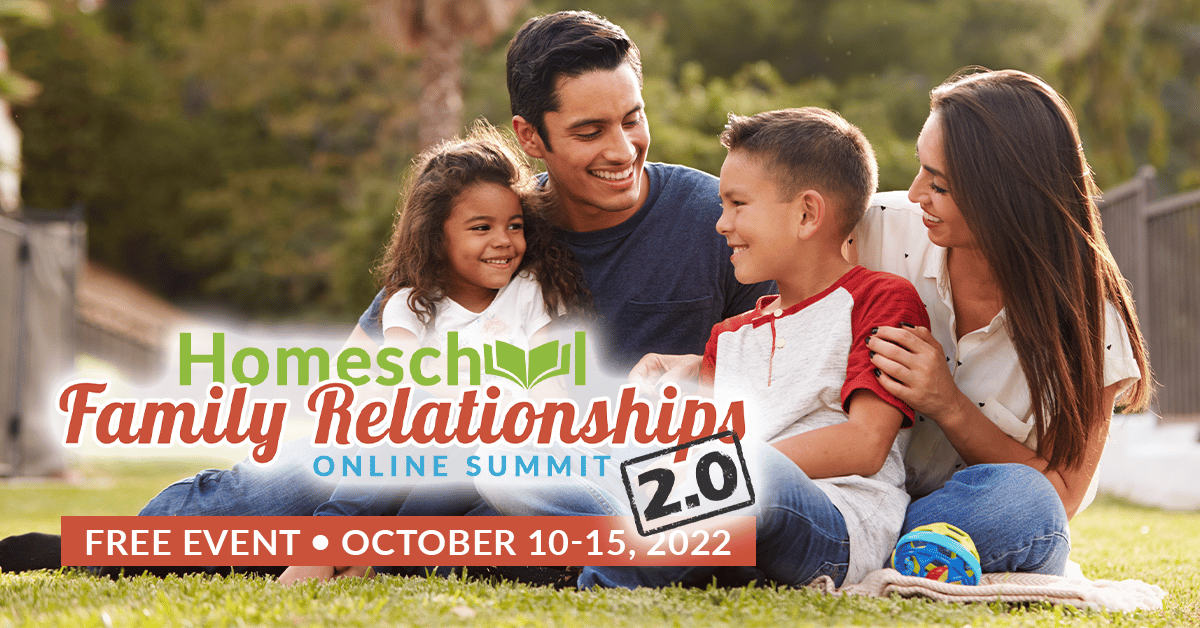 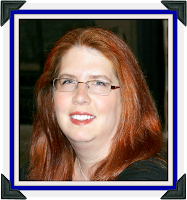 Meg is a city girl from Philadelphia transplanted to a 19-acre farm in the Garden State (NJ). She started college wanting to be a pediatrician, but ultimately changed schools and majors, graduating with a BA in theater and her best friend and husband, Neal. The Lord has a strange way of arranging life – they have five children, each with multiple medical issues that stump even their wicked-genius doctors. Meg has learned more about medicine than she ever expected! Because of her children’s needs, she’s a volunteer at the the Kids with Food Allergies Foundation, and is passionate about educating people about mental health and food allergies. She homeschools two children between the pick up and drop off for two others, and blogs about their adventures at Adventures with Jude. You can also find her at http://facebook.com/adventureswithjude or pinning something at http://pinterest.com/mama2lmcjd.