My 17 year old daughter and I attended a ladies only event called Live Out Loud on March 8, 2014.   How fitting that this date was also the International Women’s Day, too!

The Live Out Loud Conference was held last year in the same location in Elloree, SC.  While it was certainly close enough and I wanted to go, I was hesitant about this thing called community.  I know that as women, we crave community.  We just want to fit in, be loved, and love!   Some times, though, it isn’t that easy.  Often times we feel judged by the very same women that we so desperately want to be in community with!   My daughter, even at such a young age, has felt this way also.  We would like nothing more than to become friends with these women, yet we’re hesitant due to things in our past, rejection we’ve felt at one time or another at the hands of fellow women that still haunts us, and so we retreat to our safe place, our comfort zone and don’t put ourselves out there.   Honestly, I allowed that to hold me back last year.  However, I have grown so much in a year’s time with God’s help that it simply was NOT holding me back this year!  No way, no how!  This year instead of feeling like I needed to protect myself from others, I was craving coming together and forming friendships.  There’s always a risk involved, but it is worth it when long lasting friendships come out of it.

It was monumental for me to attend this event with my daughter as it was an opportunity for further bonding as she matures into adulthood a lot sooner than I was prepared for! (Ladies, it is true that they grow up WAY TOO FAST! Enjoy every single moment as they do not stay little long!)   Last night my daughter turned to me and said, “Mama, I’m really looking forward to our special day together.  I can’t wait for tomorrow to spend some quality time together just the two of us.”  That melted my heart completely when she said that!   Pay attention, ladies and gentlemen!  This … from a teenager!  To … her mother!   I know what you’re thinking, “Will miracles never cease?” 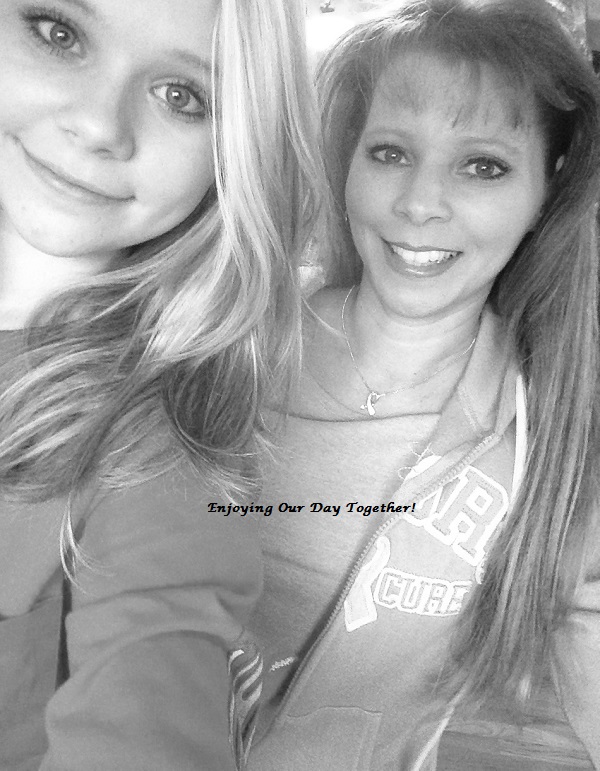 Throughout my daughter’s childhood, I have always had the desire to be not only her mother but ultimately, as she grew into a woman, her friend.  I had a lot of well meaning people through the years tell me that you simply cannot be your child’s friend.  They said it wasn’t possible.  Well, I beg to differ.  While my daughter knows the rules (and thankfully abides by them for the most part), she also knows without a doubt that she can come to me with any thing and every thing.   This trust, this bond, this friendship has been formed and shaped over time.  Over all of her 17 years, it has been my ultimate goal that we would end up as the very best of friends with her knowing with full confidence and faith that I would be there and “have her back” no matter what.  Oh, I have heard plenty of horror stories about how you don’t even know your child once they become a teenager, as if they turn into some sort of alien being that took up residence in your home.   While they do change, it’s important to realize that they are on a journey to their independence and finding their own identity in this world.    As parents, we are to raise them up in the way that they should go, praying for them, for their future, and for them to make wise choices.  Then we have to allow our children to grow, mature, and spread their wings and fly hoping that what we taught them along the way won’t soon be forgotten.

I’ve had people talk to me on the whole subject of “letting go” of your child, too, as they draw nearer to graduation and emerging as an adult out in the “real world.”  Just recently a friend insisted that I was going to “have” to let go at some point.  However, I refuse to “let go” as was suggested.   Instead, I intend to continue holding her hand firmly in mine as we skip merrily along while feeling the sunlight on our faces as we throw our heads back and laugh just like we did when she was little.  And you know what?  On our silly days, my daughter and I still do this.  Why?  Because it’s such fun!

Today was one of those hand in hand days where we really did throw our heads back laughing.   While we were not outside in the sunlight, nor were we alone just the two of us, we were sitting side by side in the church attending this women’s conference together with approximately 340 other attendees!

Honestly, I was worried that she would not enjoy this conference at all.  Having never been to one like this before, I wasn’t sure what to expect.  I glanced over at her a few times during the praise and worship portion, and she did not look enthused at all.   I wondered if she was just tolerating this for me.   At one point, though, they did a little skit and burst out into lip synching to “Oh Happy Day” where a woman in the choir loft was having the time of her life dancing.

After that, things settled down and got a bit more serious.   As they did, I reached over and grabbed my daughter’s hand.  We sat there like this for a while, and then Cindy McKeowen, one of the praise and worship leaders, began to share how her 15 year old daughter went out for a run one day in 2007, collapsed due to heart failure, and died.  They never even knew that she had any health issues at all up to that point.  My daughter and I were still sitting there holding hands, and as silent tears began to fill my eyes I thanked God for the privilege of sitting here at that very moment with my teenager daughter.  This testimony from Ms. McKeowen also touched my daughter’s heart as well today.   She gripped my hand tighter as the lady continued to share her story.   Even in the mist of the storm, Ms. McKeowen said that Jesus carried her.  She wrote a song about it and shared that with the congregation.

Almost as soon as we were wiping our tears of sadness away, they were replaced with tears from laughing so hard at the former pastor’s wife turned comedian, Anita Renfroe!  Ms. Renfroe is known for the big ole belly laughs that she provides while on stage, and she definitely delivered today!   I no longer had to worry whether my daughter was enjoying herself or not as I began hearing what originally started out as stifled laughter become full laugh out loud moments as she allowed herself to enjoy right along with the rest of us!  Thank you, Lord!!  She really, truly was enjoying herself!   She wasn’t just putting on a fake smile to pretend for her ole Mom’s sake.  She was laughing so hard at Ms. Renfroe’s jokes and how she’d turn one of your most favorite songs into something that would have you almost rolling on the floor laughing!   Yes!!   Success!   What a relief! 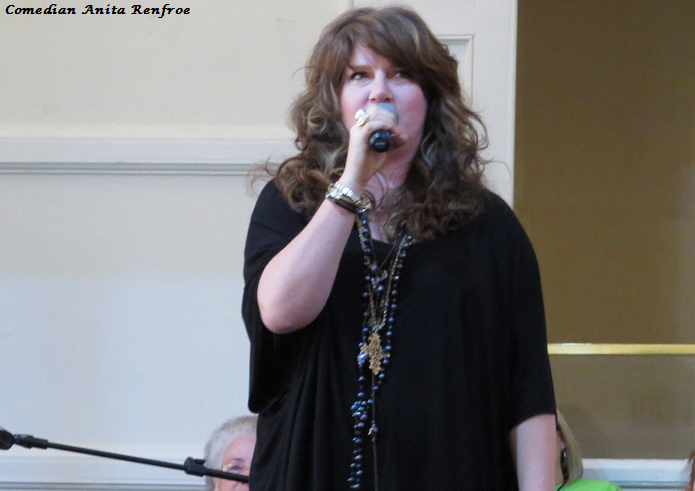 As we were leaving the conference, my daughter turned to me and said, “You know, Mom, I thought this might be some stuffed shirt kind of conference, but this was pretty cool!   Thank you for our special day.  I wasn’t sure about this whole thing at first, but now I’m glad I went with you.  I really enjoyed our time together.”   Ah, such sweet words  from my best friend’s lips spoken to my heart.

We truly had a wonderful time together today.  Oh how I treasure this time because of the memories we made that will last a lifetime. 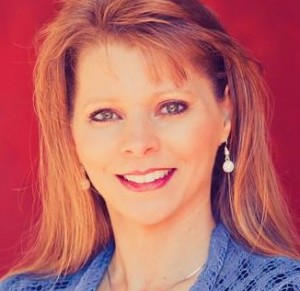 Shirley considers her greatest blessings to be her two beautiful daughters who are her heart and soul.  She has a passion for her family, photography, music, and most importantly God.  She writes to share her heart and God’s Light, Love, and Hope.  You can also find her on Facebook and Twitter.