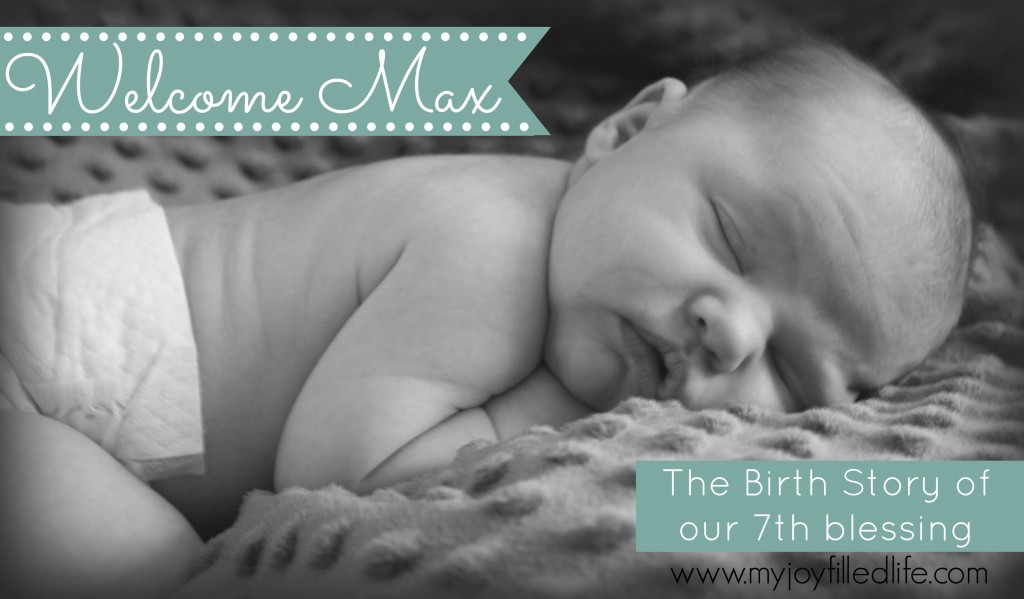 Max is a month old already!  I thought it was about time I finished up his birth story and posted it for inquiring minds and those of you that enjoy birth stories. 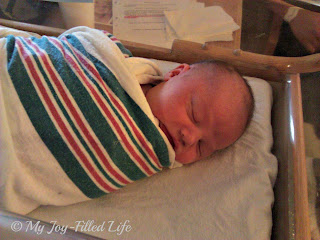 ** Parts of this story mentions bodily fluids and female anatomy; consider yourself warned. ** 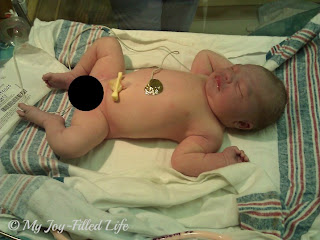 Even though the doctor and resident tried their hardest not to let me tear, I did anyway, but just a little.  I never even felt the placenta being delivered.  But Max is our biggest baby, so I can see why.
Max was born at 8:35am on 12/16/12, weighing 9lbs. 11oz. and was 22 inches long.  This birth was different than all my others; the way it started was a first and it was over before I knew it.  It was definitely my quickest birth; I feel like I didn’t even have the chance to enjoy it and take it all in.  In the end though, I’m so happy and thankful for the results; a beautiful baby boy!!  We are so happy and blessed! 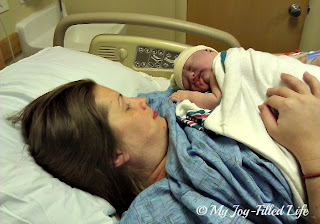 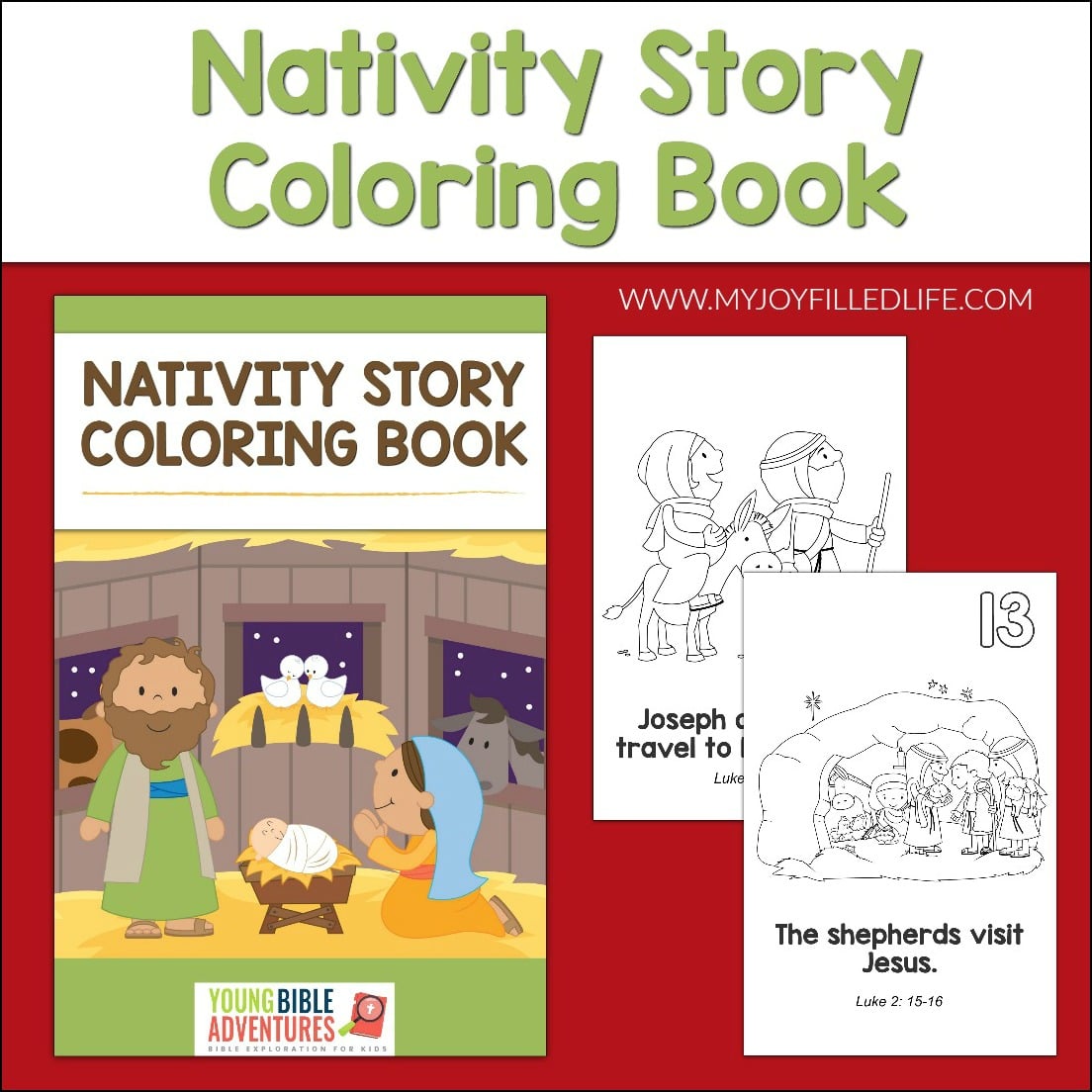 Welcome to My Joy-Filled Life. My hope is that you will get inspiration for your home or homeschool here. Here you will find homeschool helps, parenting advice, thrifty living tips, activities for kids, recipes, and LOTS more!
5 shares
5 shares
0
0
Your Cart
Your cart is emptyReturn to Shop
Continue Shopping