I remember when I was pregnant with my son and I was dead-set on following the recommendation that he get no screen time until he turns 2.  I thought I would be so good about the whole media-free parenting that he’d get to two years old and go, “what’s that?” 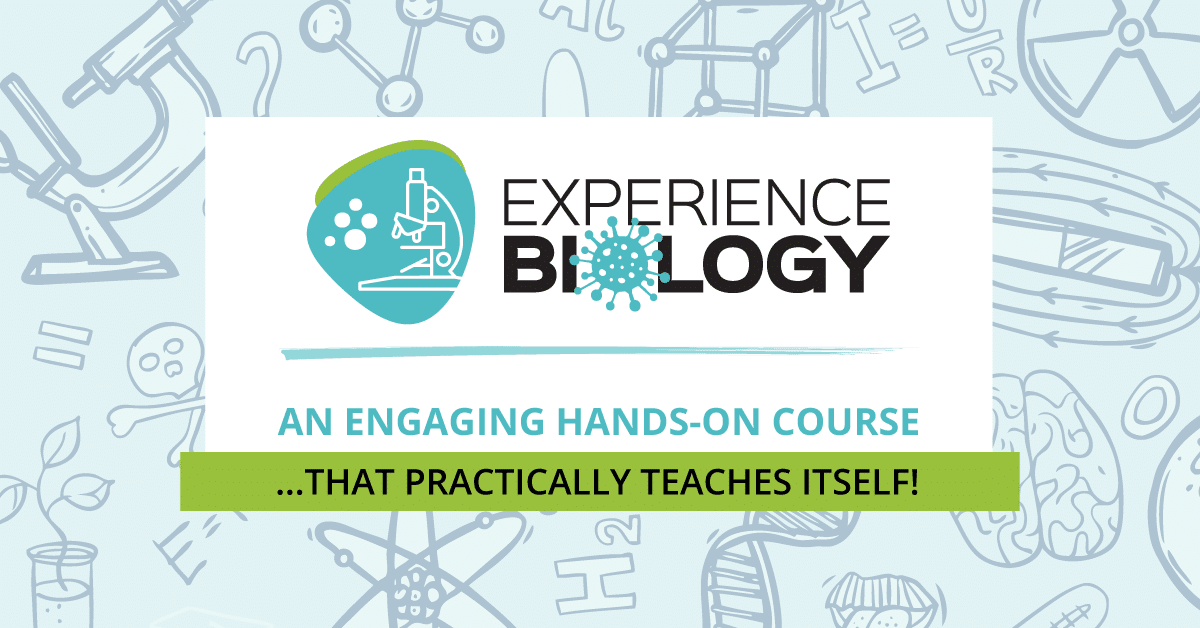 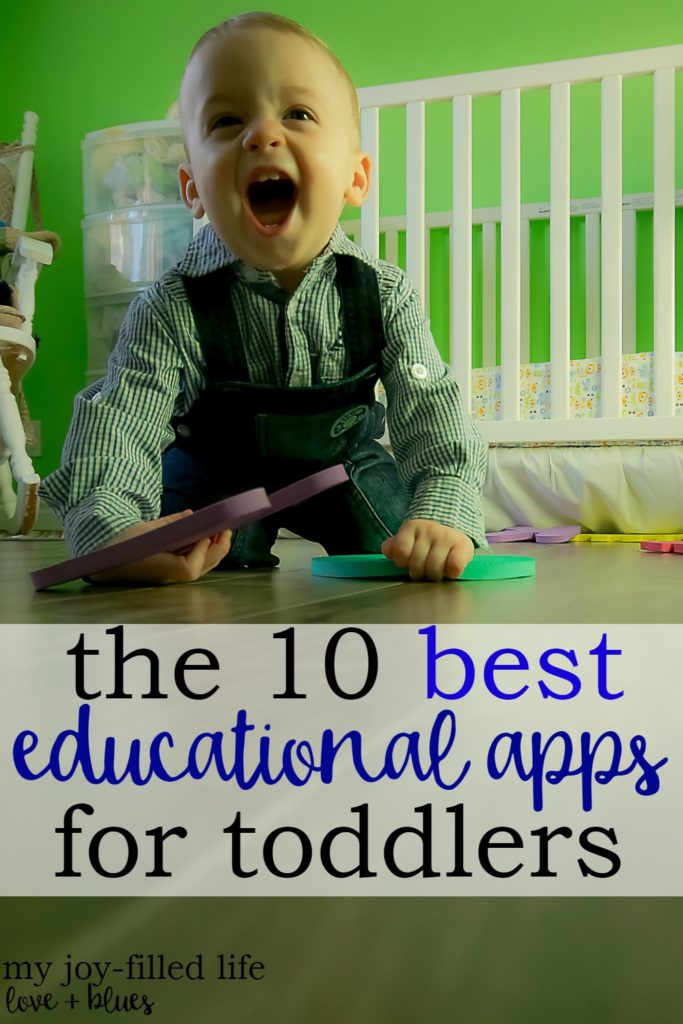 That being said, I’ve found using technology in my parenting isn’t such a bad thing.  I mean, not only does it help me keep my head when I need him out of my way… Like the time I dropped a hot jar of jam on the floor and it got sticky, sharp shards of glass everywhere?  You bet I pulled out my phone and let him play Daniel Tiger while I cleaned it up.

But on top of that, there are so many different apps now that are actually educational.  While I’m totally an advocate of spending time one-on-one reading, playing, and problem-solving with A, there are definitely times I think it’s good for him to spend some time learning alone.

Sometimes those times are when mommy needs a break (or just wants to have a quiet conversation with her husband in the car!), but I digress 🙂

This app is pretty much exactly what it sounds like, which doesn’t sound all that exciting at first blush.  What I like about it, though, is that you can actually use the flashcards for languages other than English.  Since I’ve been trying to brush up on and improve my own German through the Duolingo app, this is a great way to involve my son in doing the same thing.

I also appreciate that there are no ads or cartoony pictures on the flashcards.  They’re real pictures of animals, foods, and objects.

There are both free and paid versions of this app, though if you’re interested in the dual language feature, you’ll need to pay for it (but not much – just $1.99 for the full version!)

This is by far my son’s favorite app.  It’s the one we use most frequently when I need a quiet moment in the car.

What I love about it is that it encourages open-ended play: as he explores the neighborhood, he can put the different characters on the swings or slide at the playground, he can decorate a cake at Baker Aker’s bakery, or play the musical instruments at Music Man Stan’s (by the way, I never expected I’d know all the characters of this show so well!)

I also like playing this with him, which I discovered when I had food poisoning a few weeks ago and could barely move from the couch!  I helped him find new features in each town, and he loved talking about what he saw with me (especially the bunny that hops out of the bushes!)

This app is available here for $2.99, and works with both iOs and Android devices.

I discovered this app through the Disney Story Central podcast, which we started listening to together at mealtimes or when I’m making dinner.  I never considered the benefits of listening to audiobooks with my son before, but I like that when he listens to the stories, he has to use his imagination to see the scenes in front of him.

Sure, it helps that he’s seen them a few times, but even so.  I think it’s a great way to stimulate his imagination and creativity.

To be fair, I haven’t tried reading the e-books with my son yet, just because if we’re going to sit and read a book, I prefer a paper one.  Otherwise, he wants to touch the screen and press buttons, and it just gets kind of frustrating.  But the audiobooks are great!

The app is available here for both iOs and Android devices.  It’s free to download and has frequent offers for free books, but most of the books have to be purchased individually.

This app is awesome.  It features over 40 different kinds of puzzles for toddlers to solve, many of which help reinforce lessons about letters, numbers, colors, animal names, and animal sounds.

Most of the puzzles are basically a virtual version of the classic wood cutout puzzles for toddlers, so if your children enjoy these, this app is a great way to be able to take them on the road, to the doctor’s office waiting room, or anywhere else they might need to sit quietly and patiently.

The sounds can be a little irritating, but let’s be honest – that’s true for most of my toddler’s toys.  That’s what the “mute” option is for, right? 😉

You can download it here for $2.99.  It’s currently only available for iOs devices.

This app helps teach kids how to write letters and numbers by giving them a “template” of the character, if you will, and allowing them to trace it using a cute little crab.  It’s a great way to introduce handwriting skills in a fun and engaging way.

The other thing I like about this app (handwriting skills aside) is the ability to follow along with the ABC song on an actual music staff.  Music is important to me, and I love that this helps introduce the concept of the music staff and notes for my toddler.

You can download it here for $2.99 for iOs devices.

As a psychology major, I was intrigued by this app because it says it was inspired by Jean Piaget.  I remember spending a lot of time studying his theories in my child development classes.  Piaget theorized that the youngest children are in a “sensorimotor” stage of development, meaning they learn what they need to learn by interacting with and manipulating the world around them.

I totally agree with this, and it’s the very reason why I use a lot of sensory activities with my son (even just letting him play in the mud or sandbox!)  I love letting him explore the world around him, but for times when the weather isn’t suitable or we’re not feeling so hot, this is a great indoor (mess-free) alternative.

Like the Daniel Tiger’s Neighborhood app, Busy Shapes allows for a lot of open-ended play and exploration.  While it isn’t so focused on teaching rote memorization of shapes or letters, it allows toddlers to manipulate the objects and see what effect they have on them.

This one is a winner for us, and is available for $2.99 for iOs devices.

This one is similar in focus to Busy Shapes, but is more geared toward babies and younger toddlers.  It’s very simple – whenever children touch the screen, they’ll hear a note and see an animation.

It’s a great way to not only keep younger kids entertained for a while, but also helps teach them cause and effect.

It’s available here for $0.99, and is available for both iOs and Android devices.

One thing I feel like my generation does really well as parents is trying to help kids to understand and express their emotions in a healthy way.  I don’t think any generation in history has ever been so attuned to their kids’ emotions, and it’s definitely for the benefit of future generations that we’re doing so.

This app is a fun way to talk about emotions through dressing up, feeding, and playing with different animals.  The different emotions on the animals’ faces are a great opportunity to ask your kids what you think that animal is feeling, and how they can tell.

Avokiddo Emotions is available here for $2.99, only for iOs devices.

At $8.99, this is the most expensive app on the list, but it’s definitely one of my favorites.

While the name indicates it’s for learning the alphabet, it’d be more accurate to call it something like “endless vocabulary”.  It teaches kids to spell more than just the typical “cat”, “hat”, etc.  The words in this game are more advanced, like “gargantuan”, “quarrel”, or “hilarious”.

I love that this app doesn’t dumb itself down for kids, but helps expose them to more complex vocabulary than they might otherwise hear… and the fact that it does so in a fun way!

Endless Alphabet is available here for iOs devices only.

One of my son’s obsessions lately is the Nemo movies.  Seriously, we’re that family that goes to the aquarium and every orange fish is Nemo, and every blue fish is Dory.  And if there’s an octopus? It’s totally Hank.  And so on and so forth.

So to have fish teaching about letters, numbers, and shapes?  Trust me, he is in heaven.

The app also allows for open ended play in that he can tap the screen and make the fish move around.

Best of all, this app is available for free through the app store.

I love that we live in a time with so many educational options for kids!

What’s your favorite app for your children?

Welcome to My Joy-Filled Life. My hope is that you will get inspiration for your home or homeschool here. Here you will find homeschool helps, parenting advice, thrifty living tips, activities for kids, recipes, and LOTS more!
78 shares
78 shares
0
0
Your Cart
Your cart is emptyReturn to Shop
Continue Shopping