I believe that there are advantages to being part of a big family! However, the fact that we have eight children is looked at as unusual by many people these days.  However, my husband came from a family of 14 kids, and there were 5 in my family.  For us, having a “large family” just seemed normal.  Many folks are quick to point out the difficulties of affording a large family, as well as the time and work involved, etc.  I, on the other hand, see it as a blessing.  Yes, there are difficulties, but there are also many advantages and joys, as well.   For example, family reunions are great! 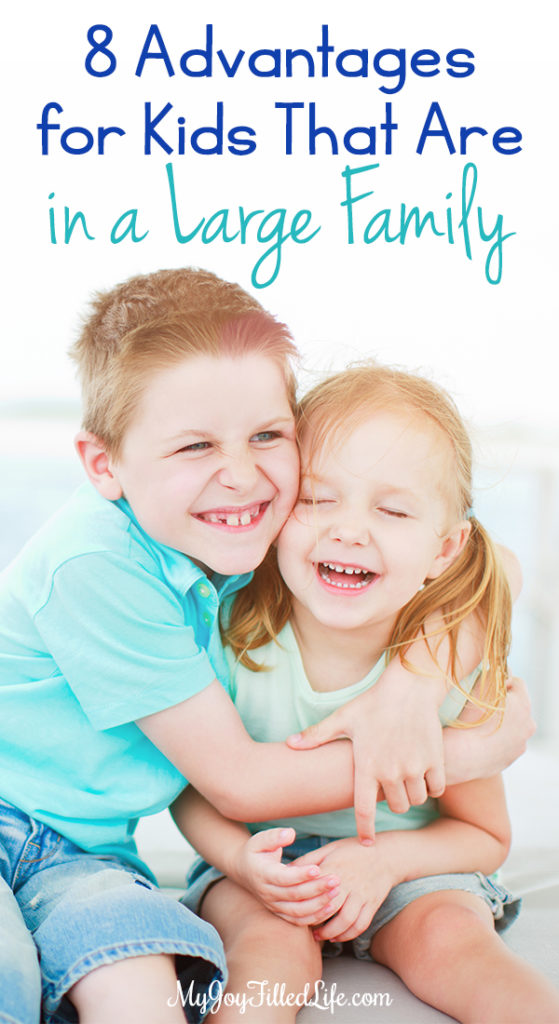 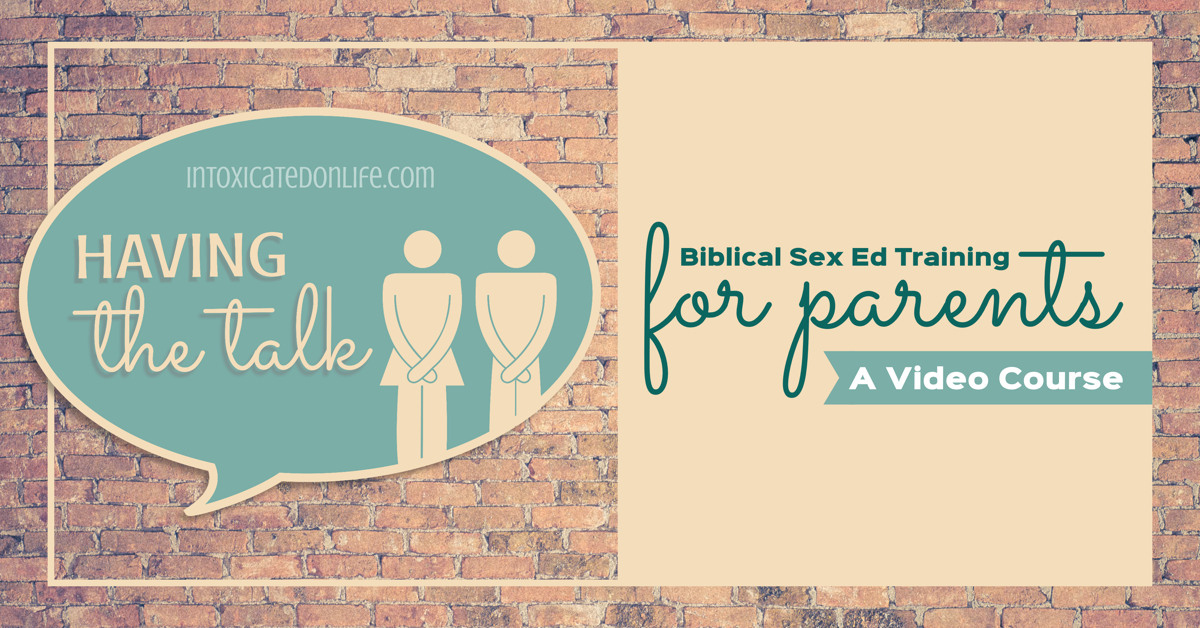 Not only are there advantages for the parents, but also for the kids in a large family.  Here is a list of  Eight Advantages for Kids That Are in a Large Family:

1. The support system they have as they grow up and become young adults.

I love how my older kids have been a help and  encouragement for their younger siblings, as they faced the normal “growth pains” that kids deal with while growing up. Sometimes advice from an older sibling was just what a struggling teen needed to get through a rough time.  It thrills me now to see how they love seeing each other as young adults, and how well they get along.

Sharing doesn’t come naturally to kids, and with many siblings in the home, we had many opportunities to work with our kids on the the importance of sharing with others.

3. They learn how to forgive and  get along with others.

There was definitely some sibling rivalry and fighting, but from it they learned to forgive and get along with others, including those that were rather difficult to get along with!

4. They learn how to be grateful.

Because we didn’t give them lots of material things, the kids learned to appreciate what they did get, and what they had.  They also learned contentment.

5. They entertained each other.

With several kids in the home, I didn’t hear much about boredom.  Even the toddlers would be entertained by just watching the other kids play.  They all learned to be creative and develop their imaginations when playing together.

6. They learned to think of others, and that the world doesn’t revolve around them.

Many kids today get so much, and are so used to Mom being at their beck and call, that they tend to get self-focused, and develop the entitlement mentality.  In a large family, Mom doesn’t have time to cater to each child’s whims, and the kids learn to think of others.

7.  The older kids were great role models for their younger siblings.

I love that as some of our older kids chose to follow and serve Christ, it set an example for the younger ones to also make good choices.

8. They learned to be responsible.

In a large family everyone has to pitch in and help to keep things running smoothly.  This helped our kids learn to jump in where needed, and to work together.  It was looked at as the norm to work together as a team, and not as something they had to endure.

What are some advantages that you feel come from being part of a big family?

This is a post from Kathie Morrissey of The Character Corner 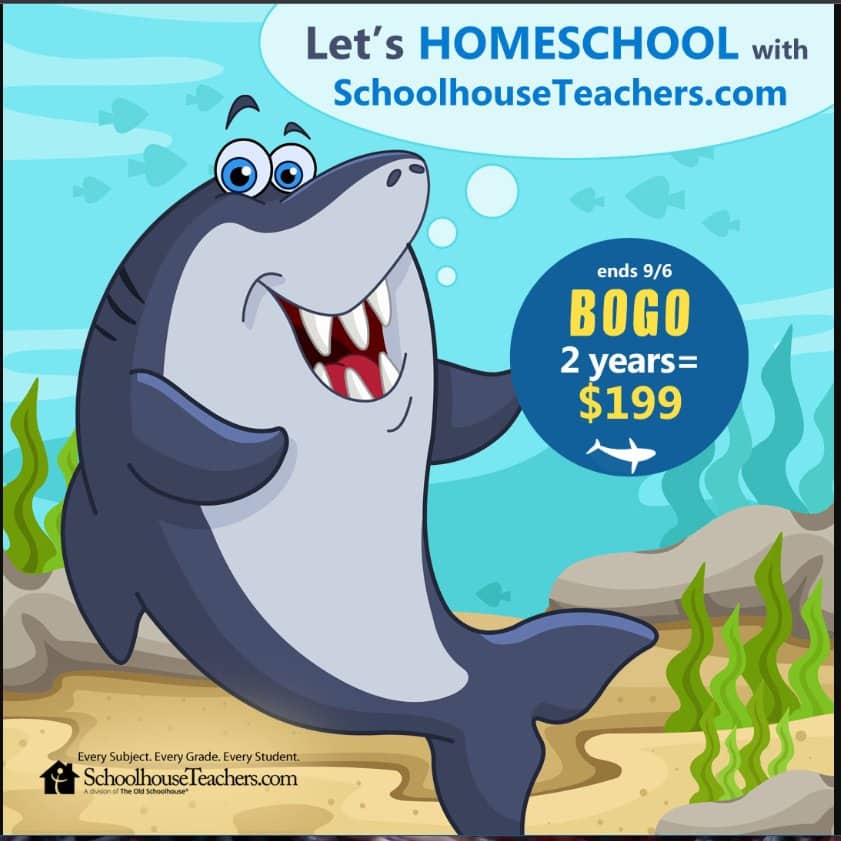 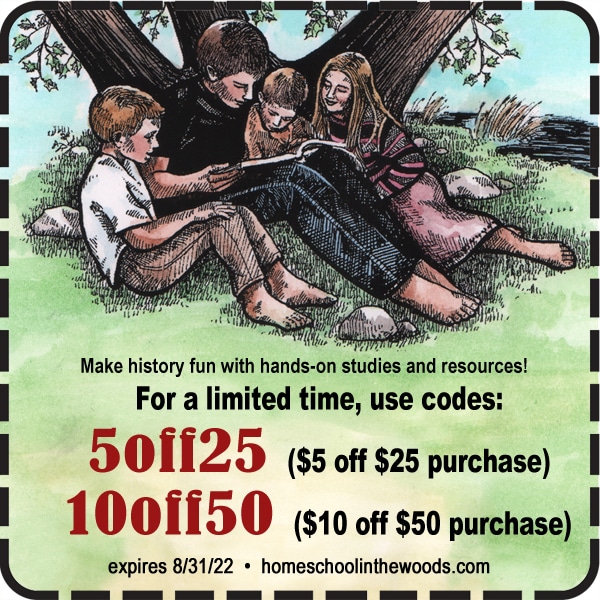 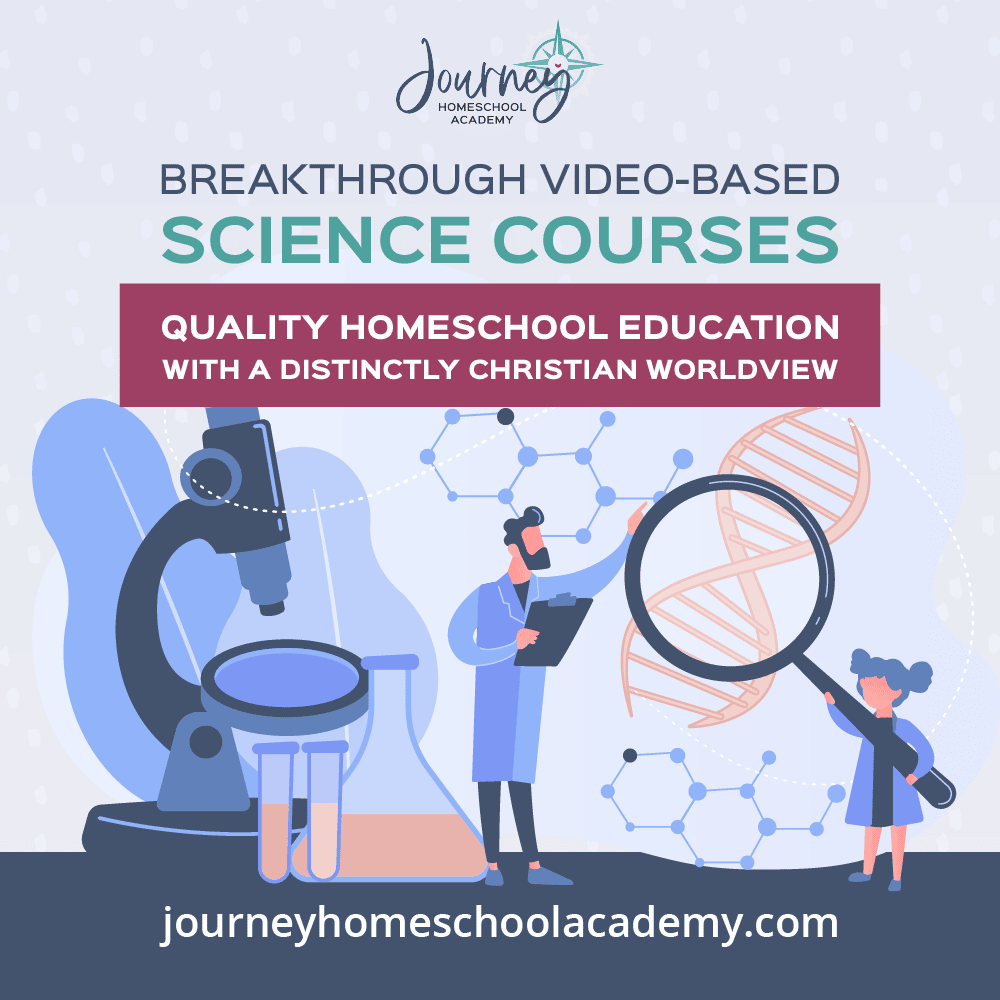