It was the same scene every night. “Girl’s it’s time to clean your room,” I’d say. After 15 minutes I’d go in to check their progress, “Girl’s you’re taking a long time so I’m going to set the timer for 10 minutes. If you’re not done, then you don’t get to watch a show tomorrow.”

The timer goes off and I check again, “What is going on?! It looks like you haven’t cleaned a thing!” “But Mom, we’ve been cleaning the whole time,” my girls would look at me in distress.

This was happening far too often. It seemed like a constant battle against the mess no matter what the punishment. As I started to help clean up and realized how long it was taking me! I honestly didn’t know where to put some of the stuff. It was out of control!

I had to weigh my options. I could get rid of some of their toys or I could try to put them in storage bins and rotate them in and out of the garage. I thought about what my children love to do; play board games, dig in the dirt, make pet rocks, cut up the recyclables, build forts with blankets, count and play with real coins, dance and sing. Really, there were only a few toys that they played with.

So, instead of buying a million bins and taking precious hours to organize, I decided to purge the mess with the 50% rule. As I scoured the house with a plastic garbage bag, I would get rid of 50% of that type of toy, unless it was something that my children played with consistently. For example, we had 6 baby dolls. So, I had my girls pick the 3 they liked best and we got rid of the rest. At first, this was hard for me to do. Some things held a little nostalgic value, others were from this family member or that family member. As we went along, it got easier and easier once I saw how eager the girls were to clear their room of clutter. I also told them that we would be donating the toys to people who don’t have as much as we do and that made them want to get rid of even MORE!

Now, we like to do this once a year. Right before the holiday season is a perfect time because we know they will be getting presents from family and friends. And even if they didn’t, life is so much better with less stuff!

Just like Jesus warned the crowds, “Watch out! Be on your guard against all kinds of greed; life does not consist in an abundance of possessions.” And he told them this parable: “The ground of a certain rich man yielded an abundant harvest. He thought to himself, ‘What shall I do? I have no place to store my crops.’ “Then he said, ‘This is what I’ll do. I will tear down my barns and build bigger ones, and there I will store my surplus grain. And I’ll say to myself, “You have plenty of grain laid up for many years. Take life easy; eat, drink and be merry.”’ “But God said to him, ‘You fool! This very night your life will be demanded from you. Then who will get what you have prepared for yourself?’ “This is how it will be with whoever stores up things for themselves but is not rich toward God.”

If you are finding yourself stressing over your possessions, try the 50 percent rule and de-stress your life! Time is too precious to waste on collecting material things.

How do you keep the toys and mess under control? I’d love to hear your suggestions! 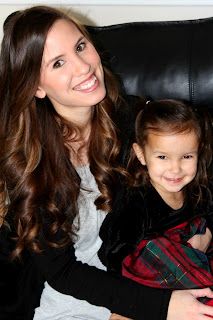 Janine LaTulippe is the Mother of 3 blessings all under the age of 6. She believes that an elite education begins in the Home. Her mission is to help parents raise sons and daughters, whose legacies honor their families and glorify God. Her sites Blue Manor Education and True Aim Education provide curriculum, free resources, and inspiration for Homeschoolers!

Welcome to My Joy-Filled Life. My hope is that you will get inspiration for your home or homeschool here. Here you will find homeschool helps, parenting advice, thrifty living tips, activities for kids, recipes, and LOTS more!
1.2K shares
1198 shares
0
0
Your Cart
Your cart is emptyReturn to Shop
Continue Shopping